I had a short layover in Vancouver earlier this week, but the timing worked out so that puppy52 and her hubby were able to meet up with me for breakfast! It was a short little meetup, but I brought Gabrielle (Volks DDS Akira) with me to visit.

We went out to a Hong Kong-style diner called Lido for breakfast. I really felt like I was transported back to Hong Kong – fast paced vibe, a bit noisy, fast and tasty food, and amazing pineapple buns (Bolor bao)! Since there was a lineup of customers, and the tables weren’t the cleanest (>__<“) we migrated over to the Aberdeen Centre before bringing out the dollies. Puppy52 brought her newest girl – the manual version of Smart Doll Mirai!

Mirai is the product of a lot of hard work and dreaming by Culture Japan founder Danny Choo. She’s similar to other 1:3 vinyl dolls on the market, but since Danny is also a collector himself, he took it upon himself to tweak certain things that he didn’t like with other dolls available on the market. Here she is standing next to Gabi, who is a Dollfie Dream Sister. You can see they are quite similar in height and overall proportion – well, except that Mirai has a lot more going on in the bust area! (She is wearing the optional Large bust). 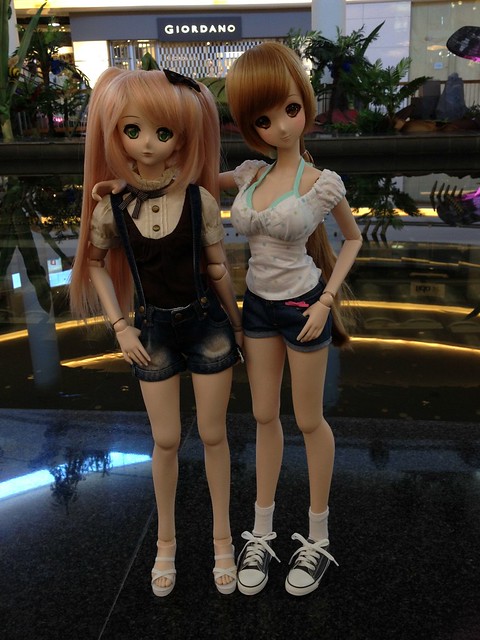 I got to pose and play around with Mirai’s body, and the built-in telescopic stand that she comes with. It’s very handy and makes her very stable – so stable in fact that I decided to goof around a bit and be a bit daring! I remember reading a long time ago the Volks designed their DDS (or maybe it was the DD3?) body so that it was strong and stable enough to support the weight of another doll! I wanted to see if Mirai could do the same – and she can! 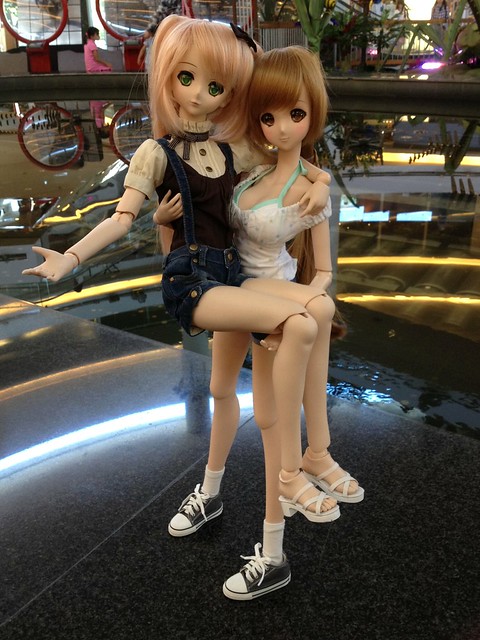 Interestingly, Gabi is a bit taller when both of the girls were sitting down – look at the height of their shoulders. 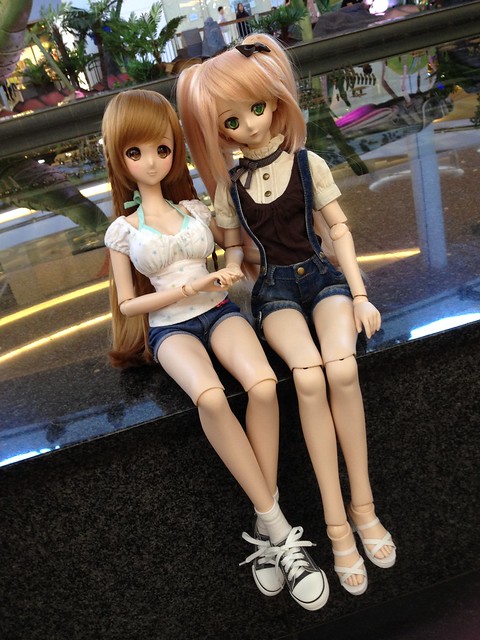 There’s an animatronic giant insect installation set up in the mall right now – it’s a bit creepy, but not too creepy since I’ve seen Atlas Beetles, Hercules Beetles and other giant bugs when I visited a bit museum last autumn in Japan. 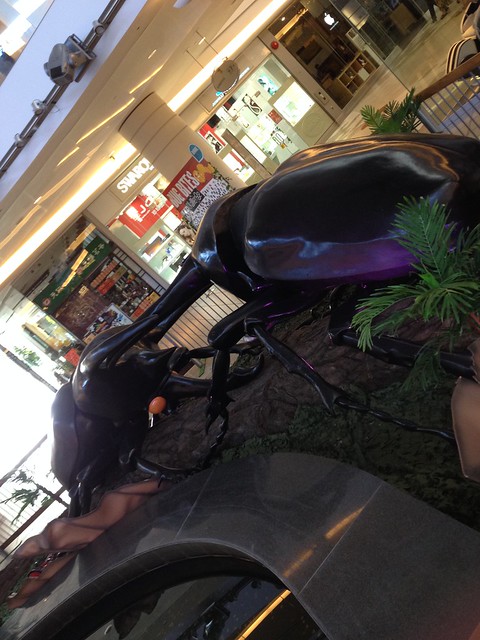 No visit to Aberdeen Centre is completely without stopping at Mazazu Crèpe! This is the Caramel Strawberry Cheesecake crèpe with milk flavoured soft serve ice cream! Mmmm! 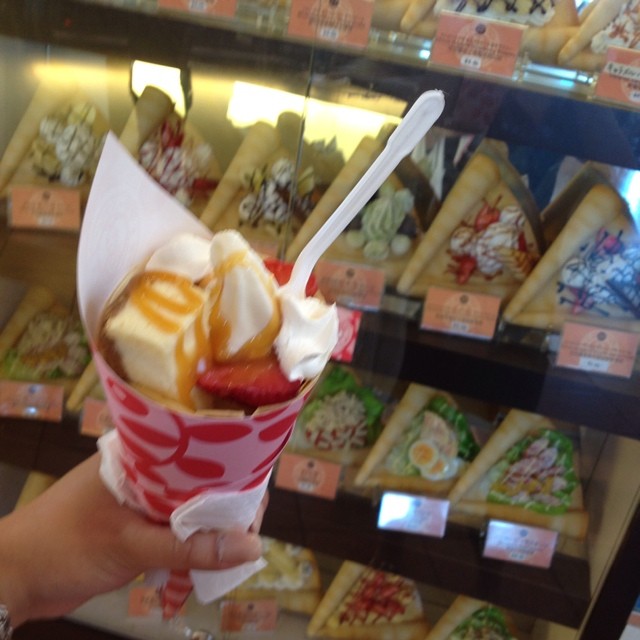 It was great to catch up with Puppy52 and her hubby! Thanks for coming out so early to hang out! I hope to be back soon! 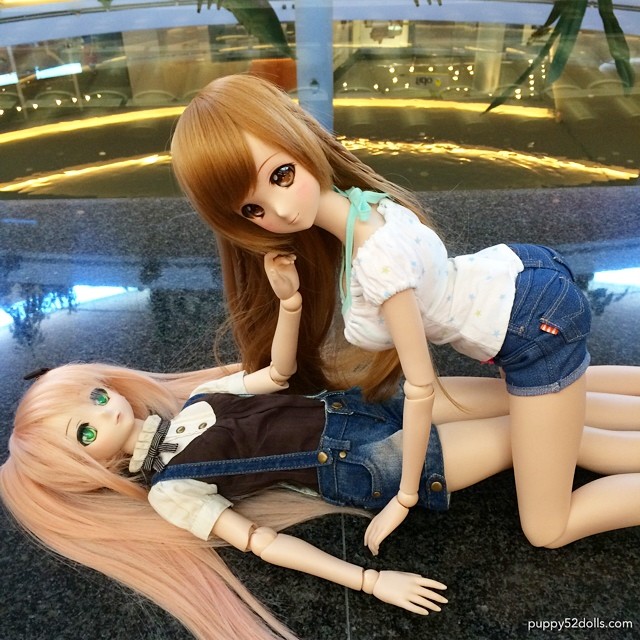