A couple of years ago I attended the Hyper Japan Christmas event in London, England – and it just worked out that I was in town for the summer show this year! I met up with GabrielVH and MikeFoxtrot1985 at the venue to shop, eat, hang out and eat some more! Another friend that intended to come had asked me to wear a lolita dress, and it was a bit ambitious of me to bring a full lolita coordinate with me but I did it!

Here we are hanging out with Domo-kun at the NHK Japan booth. 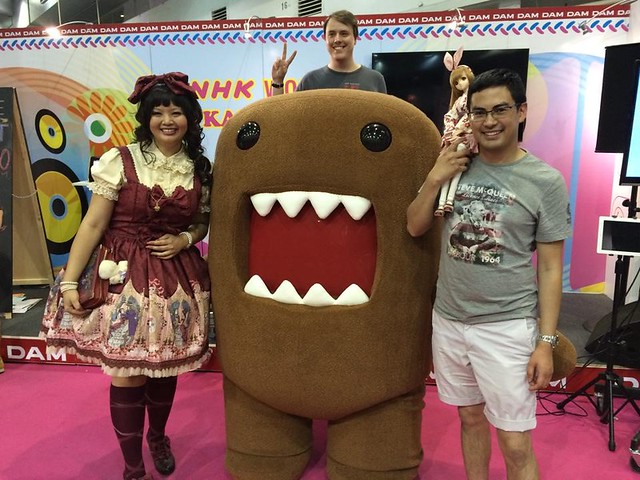 Mike brought his lovely Mirai with him and she got lots of attention! We found this cute Arpakasso backpack for her at one of the vendor booths. 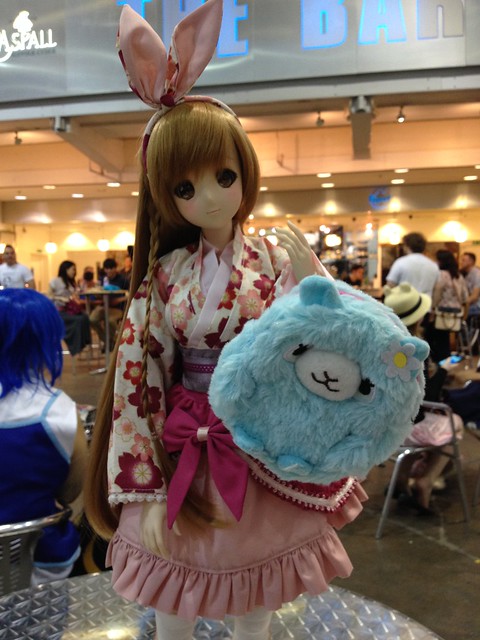 Gabe and I learned from how crowded it was last time and opted to not bring any dolls since it made shopping difficult @_@ I was quite pleasantly surprised that the hall they used this time had a lot more casual seating for guests to rest and relax. It was much more spacious and was properly air conditioned. This was one of the few days this summer that was nice and not, but I was practically melting in all my layers! After walking around we sat down in the food stalls area and I got some yakisoba noodles and takoyaki to snack on. 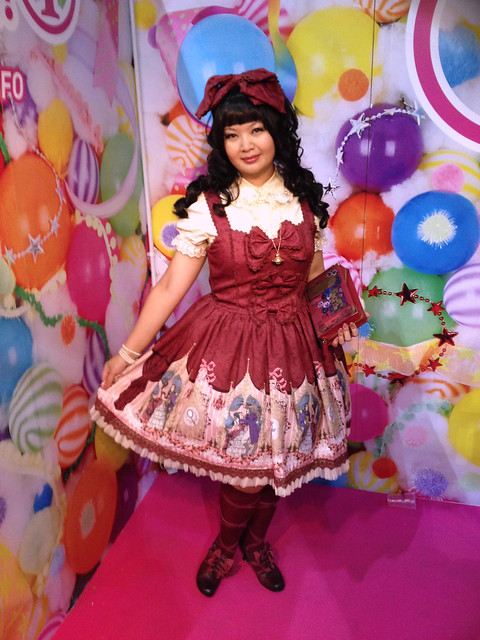 My co-workers were asking me what Hyper Japan is all about and it’s hard to sum up easily. It’s a Japanese pop culture festival – I mean just looking at the official sponsors gives you a general idea. There was a Nintendo play and demo area: 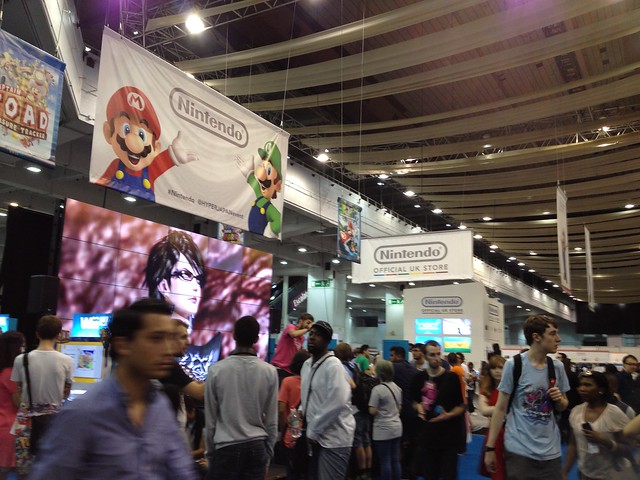 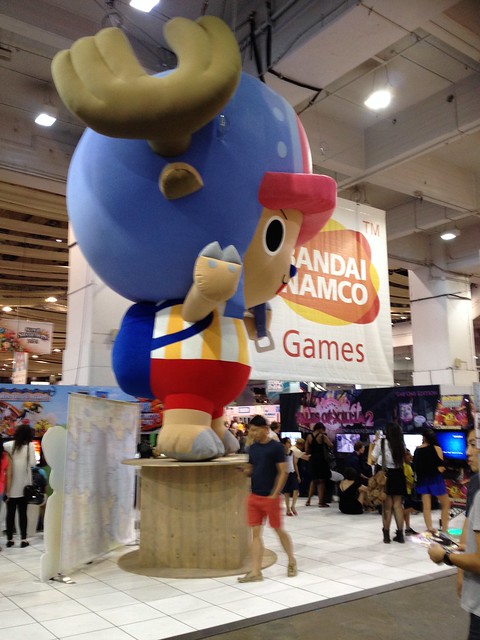 But it also celebrates fashion and pop culture. Here’s a costume that Kyary Pamyu Pamyu wore in the music video for one of her earlier hits. 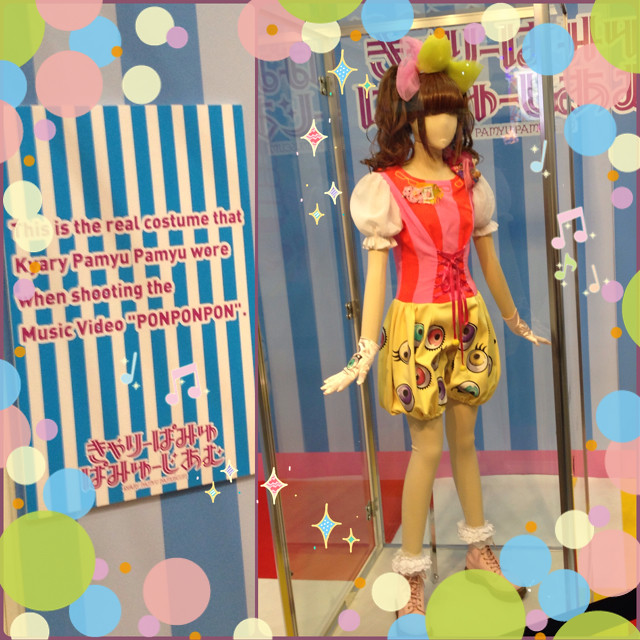 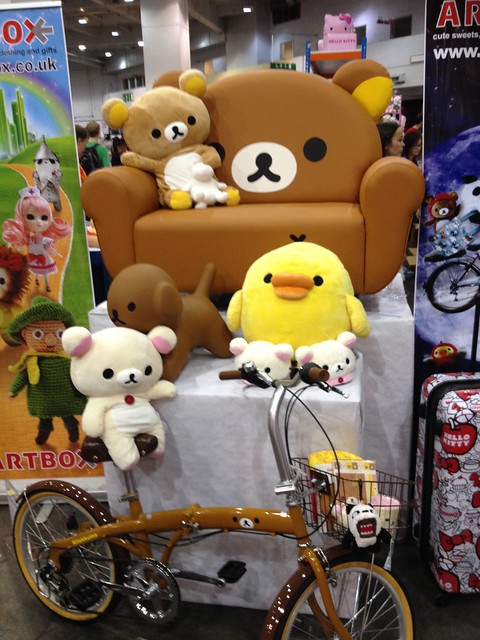 But HJ is not all about shopping and eating either. A few years ago JAL airlines and some other tourism agencies were there to provide information about travelling to Japan. And here is a beautiful exhibit of bonsai trees. 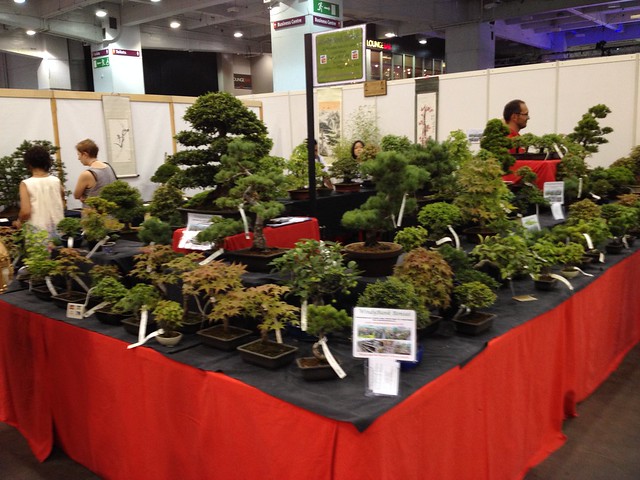 I hope that this helped give you a taste of what Hyper Japan is like. It’s totally unlike any other convention I’ve ever attended and it’s an event I try to plan my work schedule around so that I can attend.

For dinner the guys and I went to (where else?!)) Tokyo Diner for sushi and curry. I must admit that I drew a bit of attention in my lolita coordinate while we were travelling, but generally it was quite positive. At some point during dinner GabrielVH mentioned he had never eaten a macaron before 0__0″ I knew we were a short walk away from Ladurée in Covent Garden so after our meal we walked over there for dessert.

I must confess that it’s been a secret bucket list thing of mine to have dessert in lolita in the Covent Garden tearoom. Achievement accomplished! I had the Ispahan Coupe de Glace which was a refreshing summer parfait with raspberry sorbet, rose ice cream, lychees, raspberries & rose chantilly cream 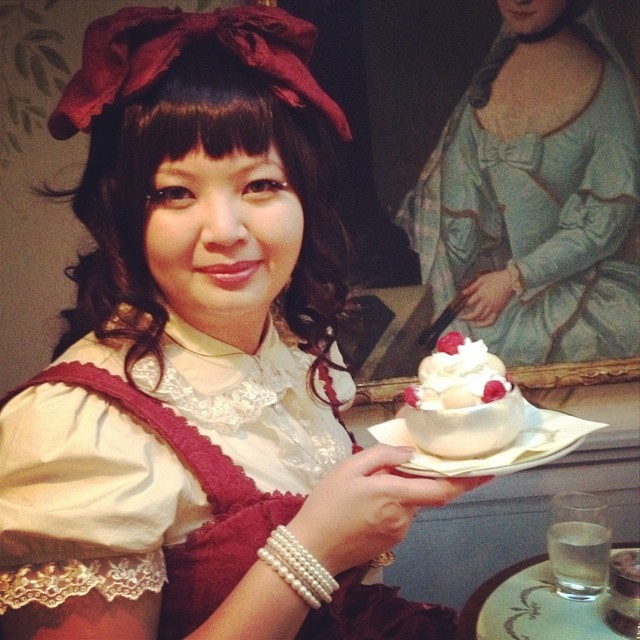 I had an absolutely wonderful day. Thank you Gabe and Mike for hanging out with me. I’m already looking forward to the next Hyper Japan!