Hanami literally means “flower viewing” and although it traditionally applies to the spring viewing of cherry blossoms (sakura), it can also apply to plum blossoms (ume) or other flowering trees in the springtime. I had hoped to visit High Park again this year, but this past winter was one of the coldest I’ve ever experienced in Toronto! As a result, the trees bloomed very late this year and the blossoms didn’t last for long.

A couple weeks ago, I went on an early morning outing to the park with AlphaZ, Machiko and LiterallyTony in the hopes of glimpsing some of the sakura blossoms. 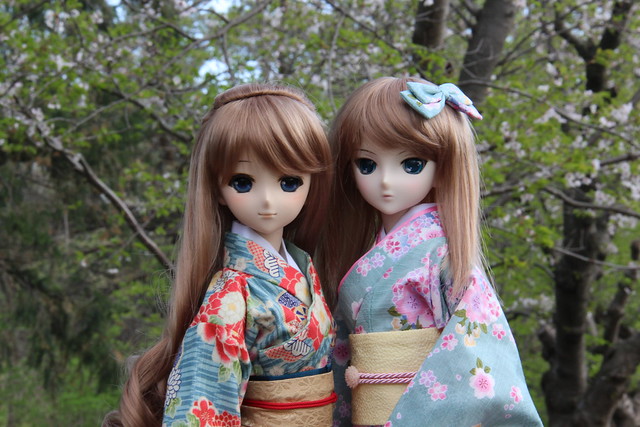 Due to recent rain, most had already fallen off the trees, and many of the blossoms had already turned to green leaves. >_<” 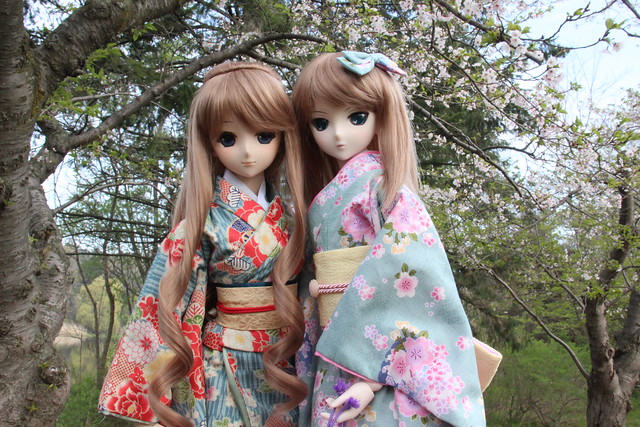 Even though most of the sakura had already fallen, it was still nice to wander through the park in the early morning hours. It was very peaceful – mostly other early-bird photographers wandering about, since any families planning lunchtime picnics were still at home :3 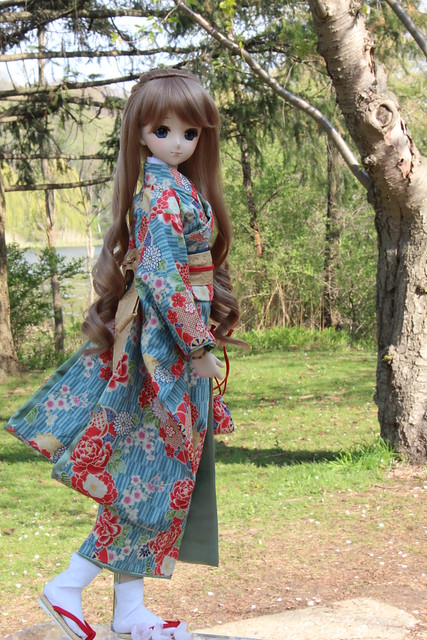 My favourite spot is down by the water where the willow trees are. 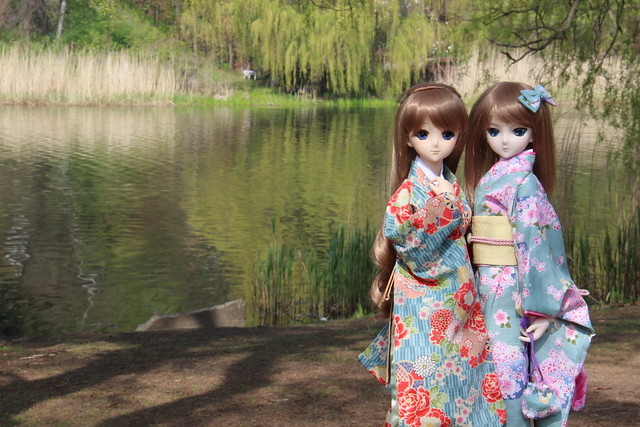 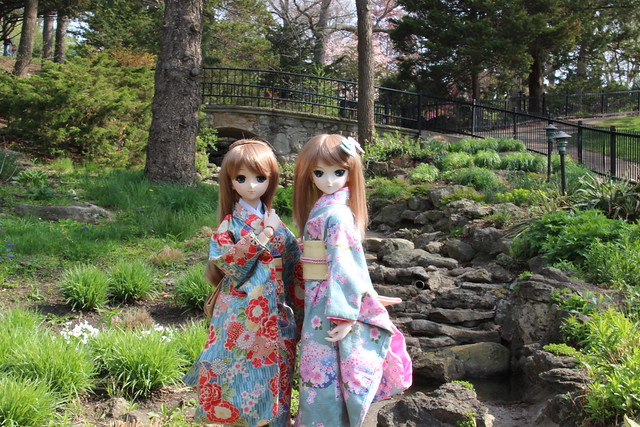 We wandered the park a little bit looking for nice spots that weren’t too sunny and found this gorgeous flowering magnolia tree! Isn’t it stunning? 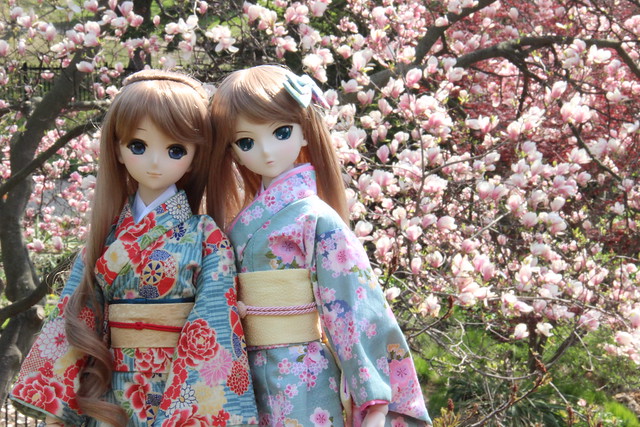 There are some beautiful flowering tress in front of my house, but they were at their best last weekend while I was away at Anime North. Here are a few previously unpublished photos from last spring of Moe out in front of the house enjoying the pretty blossoms. 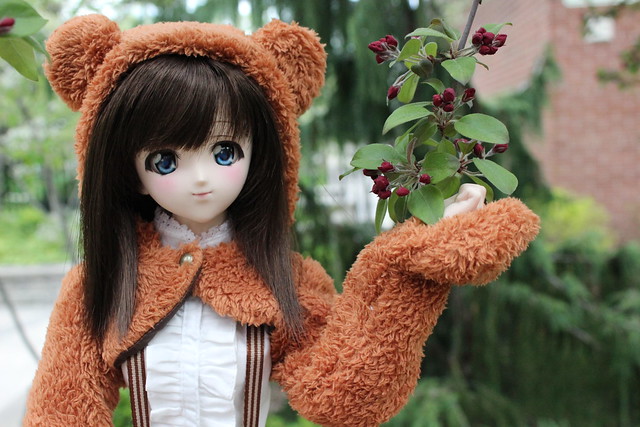 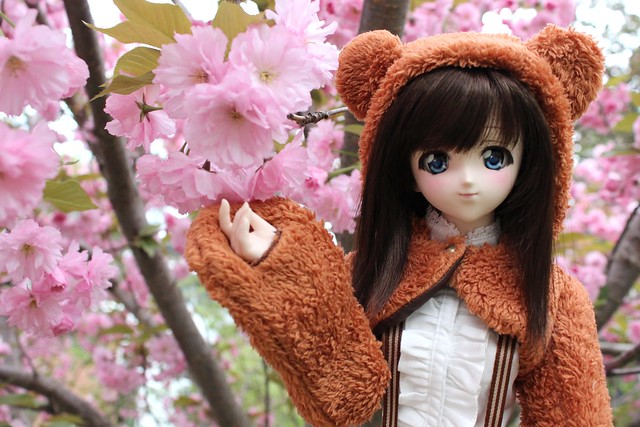 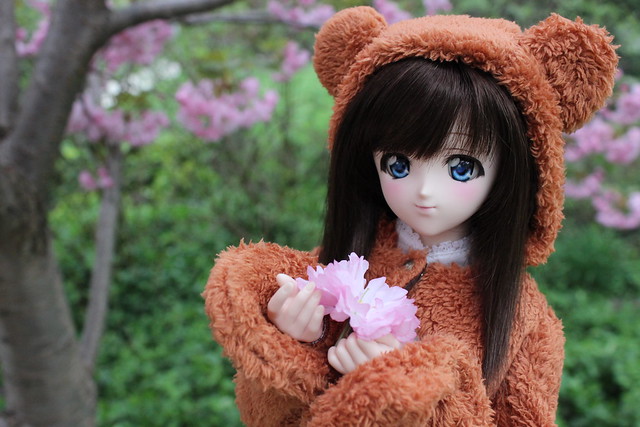 I was pretty bummed that we weren’t able to organize a doll meet at High Park this year, but between snow, rain, and working it was difficult to get everyone together. I’m glad that I was able to capture a few sakura photos, even if they weren’t as spectacular as last year.

Kevin at work taking pictures in the park, hehehe. 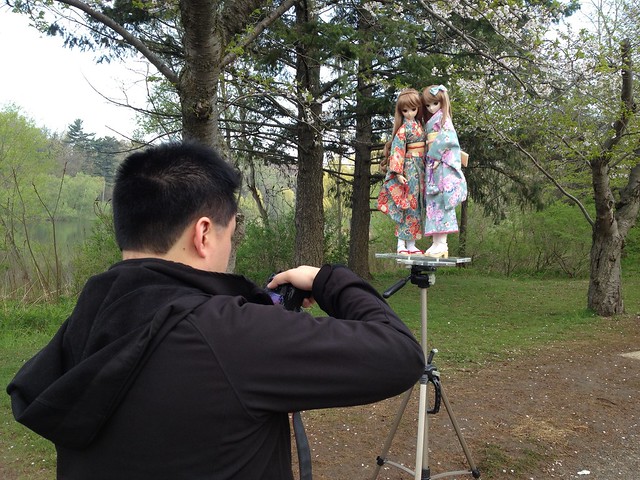 I have no idea what kind of bird this is, but his orange and black colouring is really striking! 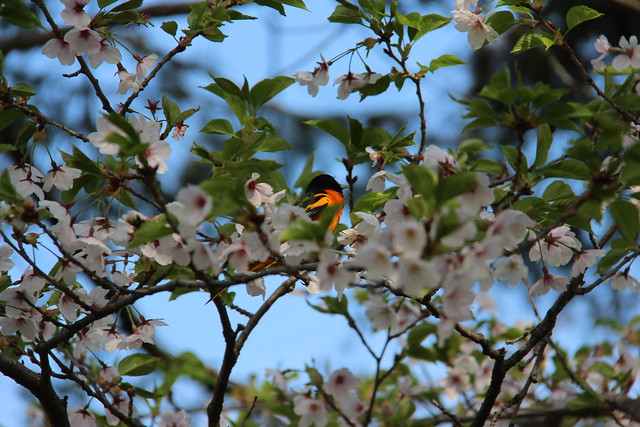 (Note – May 30, 2014: I realized that this post has been in “Draft” format for over a year! Ooops! Since the weather was so poor this spring, maybe it was a good thing I delayed this post since I feel like I missed out on springtime this year. Enjoy these lovely photos!)

Hanami literally means “flower viewing” and although it traditionally applies to the spring viewing of cherry blossoms (sakura), it can also apply to plum blossoms (ume) or other flowering trees in the springtime. I had hoped to visit High Park this year, but alas this past winter was one of the coldest on record! The trees bloomed very late this year and didn’t last for long. Instead, I’m sharing these previously unseen photos from when PlasticFantastic and Sam came over to my house to hang out last spring, and we took some lovely photos with the flowering trees around my house during periods when the sun peeked out.

Draping sleeves typical to kimono and yukata, an obi and a poofy skirt with a petticoat worn underneath are common in wa-loli style.

END_OF_DOCUMENT_TOKEN_TO_BE_REPLACED 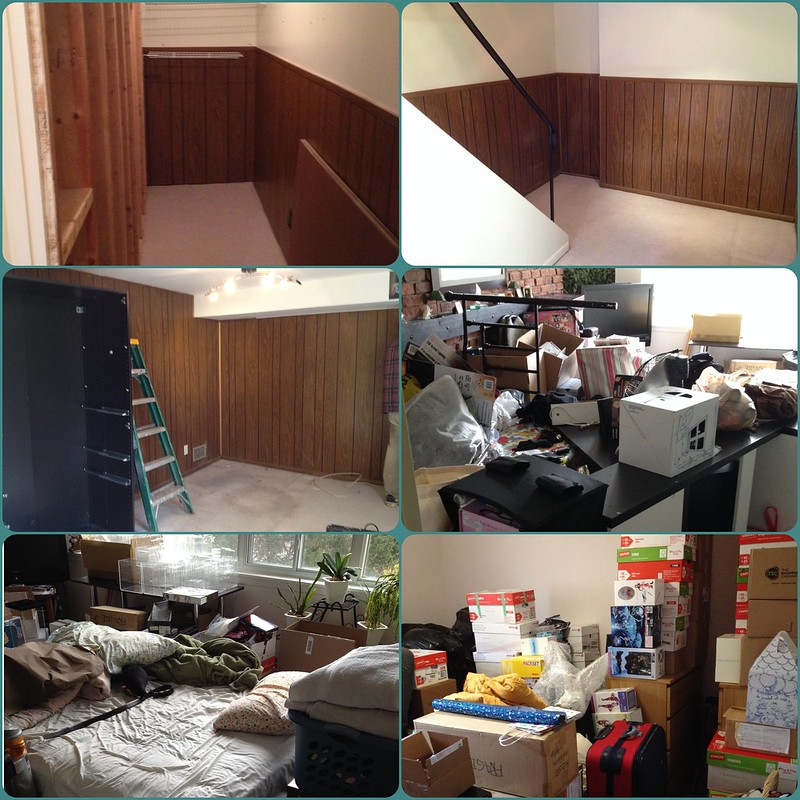 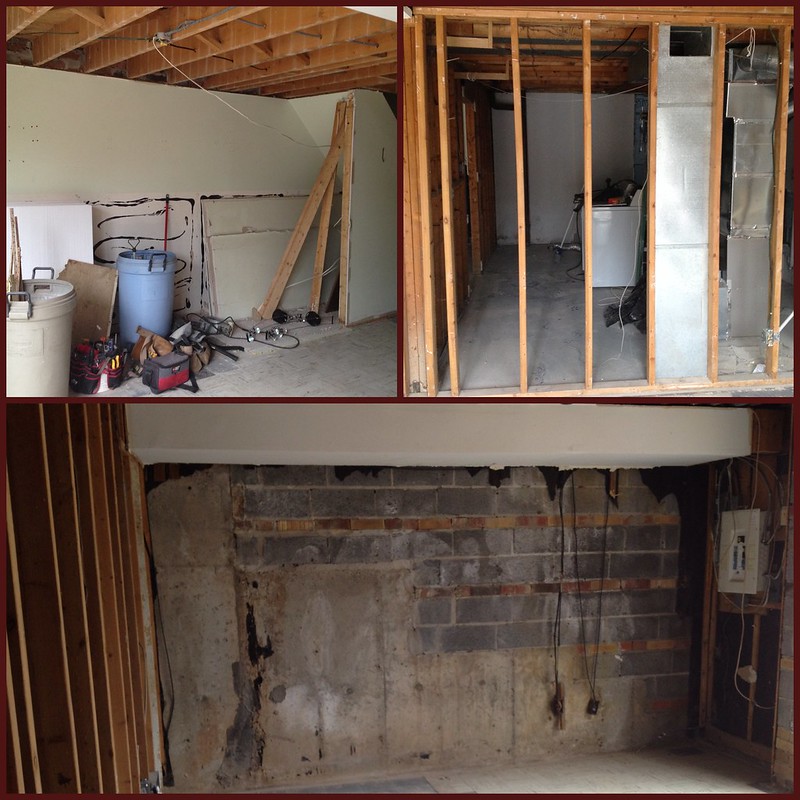